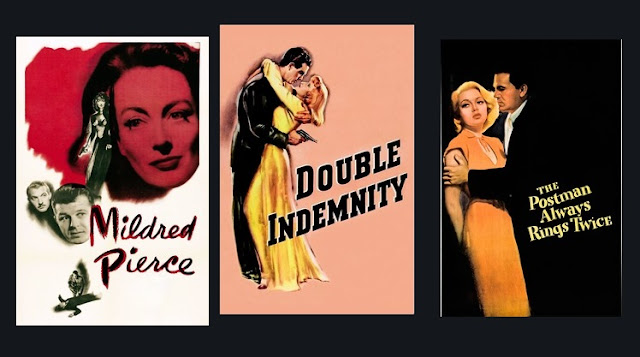 Second batch. More from the noir cannon, with a literary connection - three classics based on novels by James M. Cain. Cain is usually associated with the hardboiled school of American crime fiction and seen as one of the creators of the roman noir. But he didn’t write about detectives or publish in the pulps, and he was against labelling. He said:

I don’t write whodunits. You can’t end a story with the cops getting the killer. I don’t think the law is a very interesting nemesis. I write love stories. The dynamics of a love story are almost abstract. The better your abstraction, the more it comes to life when you do it – the excitement of the idea lurking there. Algebra. Suspense comes from making sure your algebra is right. Time is the only critic. If your algebra is right, if the progression is logical, but still surprising, it keeps.

Co-written by Raymond Chandler and director Billy Wilder, based on Cain's 1943 novella, which in turn was based on a real life murder committed in New York in 1927. The screenplay was nominated for an Academy Award, but Chandler soon turned his back on screen-writing. The Hollywood-movie system paid well but the stress almost killed him.

Often cited as setting the standard for film noir, it stars Fred MacMurray as the dupe, Barbara Stanwyck as the femme, and Edward G. Robinson as an insurance claims inspector whose job it is to unravel the ensuing crime. The film broke new cinematic ground on several fronts, one of these being the first time a Hollywood film explicitly explored the means, motives, and opportunity of committing a murder.

Wilder knew it would take skilful performers to bring nuance to these treacherous characters, and his first choice for the role of Phyllis Dietrichson was Barbara Stanwyck. At the time, Stanwyck was the highest-paid actress in Hollywood and the highest-paid woman in America. She was reluctant to take the part, fearing it would have an adverse effect on her career. She said:

(to Wilder) "I love the script and I love you, but I am a little afraid after all these years of playing heroines to go into an out-and-out killer." And Mr. Wilder – and rightly so – looked at me and he said "Well, are you a mouse or an actress?" And I said "Well, I hope I'm an actress." He said "Then do the part". And I did and I'm very grateful to him.

Based on Cain’s 1941 novel, directed by Michael Curtiz and starring Joan Crawford – who won the Academy Award for Best Actress. Cain’s novel was actually a psychological work with little violence. The adaptation was designed as a thriller and a murder was introduced into the plot. I thought the book was great but there’s something about the murder that’s introduced in the film that’s very satisfying.

Mildred Pierce wants nothing more than to please her 16-year-old daughter, Veda, a bratty social climber who longs for high social status and is ashamed of her mother being a baker. Mildred opens a successful restaurant, makes a lot of money and meets Monte Beragon, a society playboy whose inheritance is almost depleted, and things get complicated.

Based on the 1934 James M. Cain novel, starring John Garfield and femme fatale legend, Lana Turner. A young drifter stops at a California diner for a meal and ends up working there. The diner is operated by a beautiful young woman and her much older husband. The couple begin a passionate affair and scheme to murder the husband in order to start a new life together without losing ownership of the diner.
Part 3 coming soon
Posted by Jasonie at 16:15 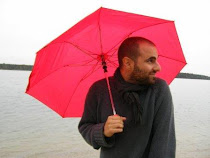